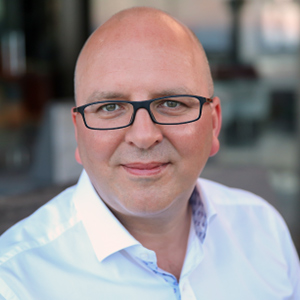 Recognized Cyber Security and Emerging Technology thought leader with 20+ years of experience in Information Technology. Pascal holds a Master’s degree in Engineering from the Free University of Brussels. As researcher Pascal discovered the BrickerBot, JenX and Demonbot botnets, did extensive research on Hajime, the Hadoop YARN attack surface, and follows closely new developments and threats in the Cloud and IoT space as well as applications of AI in cyber security and hacking. Prior to Radware, Pascal did a 10+ year career leap at Juniper where he had a senior consulting role working with the largest cloud and service providers on their SDN/NFV and data center automation strategies. Long before IoT became a thing, Pascal was involved in designing sensor networks as well as automating and developing PLC systems. Pascal was one of the first security consultants to pen-test and audit online banking applications for a market-leading bank in Belgium. Pascal started his career at IBM as a support engineer for the IBM Scalable POWERPara.He holds several vendor certifications for security, routing and switching.